Not every breath on the bike should be a violent one.

7am on Saturday morning I will be there,

maybe a few others as well.

and I mean that – it’s too early for your town line shit.

We ride or change flats or drink coffee or bullshit for two hours or 9am,

P.P.S. – We’re now into Fall/Winter hours, so we’ll be starting a little later and ending a little sooner. You don’t like it, make your own damn ride. 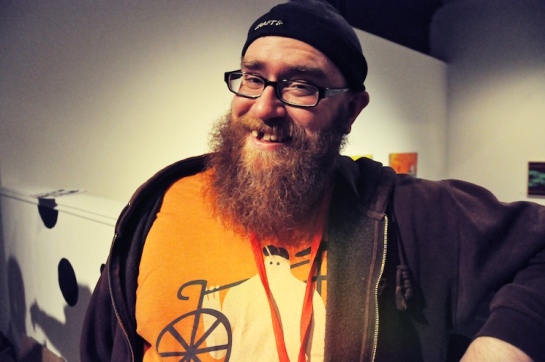 What a night! It was great to be able to give-back to the Almanzo and volunteer for the first Fundraiser event. In-between yelling, hiding my french fries from hungry hordes and trying to track down Chris, I managed to grab a few shots (the rest you can find here).

It was a spectacular success, but there’s still so much more you can do to support your favorite sufferfest. Go out and buy some kit from Twin Six (they do make the raddest kits). Donate on the new Almanzo Website created by local guru’s Space 2 Burn. Watch the Almanzo Film courtesy of the amazing group that is Royal Antler. Tell your friends – the more the better! Support the people that support the Almanzo. There’s a long list, but the folks at Banjo Brothers are a great start. I hear that CRC guy does a lot for them too.

The Almanzo 100 is one of those things that I feel exemplify MN Cycling Culture. Chris has killed himself to bring it to this point – let’s take a little of that weight off of him and keep it moving into the future.

I want to live in the world where my kids get to do this with me. Let’s keep it around (at least until there’s no gravel left).

We’ve ridden it. We’ve written about it. We love it.

Time to show some love back. 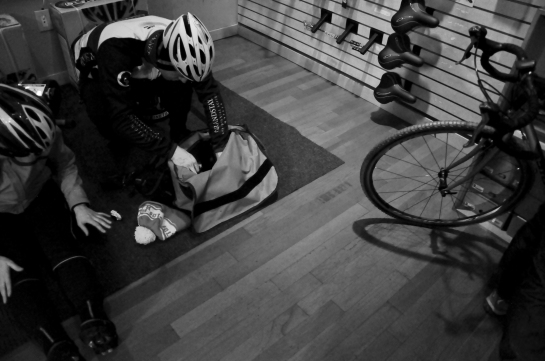 Spending my last few hours of 2012 riding my bicycle in below zero wind-chill wasn’t exactly what I had in mind, but it wasn’t incredibly out of the ordinary.

I first heard about A Few Gears Eve last year through friends. It’s been put on every year by Dan Jacobsen, now owner of Omnium Bike Shop, in hopes of celebrating what seems to be a strangely Minnesotan trait; The desire to combine alcohol, riding bicycles and deathly cold weather (as evidenced by Stuporbowl).

This year I decided to throw some schwag in the pile (along with Omnium and Trash Messenger Bags) and sponsor the event. Along with the giveaways, I also biked along and took photos of the event. Unfortunately, Lobster Gloves make horrible gloves for DSLR shooting, and so most of the shots you see are either indoors, or close to a place where I could find warmth shortly after taking the shot. You can find the rest here –

As we climbed out of downtown Saint Paul and headed to the after party all I could think was how much better the day was because I got out on my bike. I imagined most of the other people behind me were feeling much the same, and as we shot up Ramsey Hill the pain didn’t matter, all that mattered was getting to the top first.

Happy New Year, and may your 2013 be full of bike time, in whatever form that might take.

How do you plan on ringing in the New Year?

Why not race your bike, drink some beer and hang with friends?

Granted, it’s across the river, but that’s not so bad. They’ve got some good bars over there, I hear.

I’ll be there, drinkin’ beer, giving out socks to winners (and not winners) and taking photos to post up tomorrow. If you want to volunteer (free chili!) meet at Omnium Bike Shop at 5 PM. Otherwise, see you there at 7 PM for the start!

Make sure you bring a friend, partners are required!

Some of you may have seen these, but I felt they should get a proper home.

Just went over and got a few snaps of the guy at work. Really liked how these turned out. You can see the rest here.

And as always – check out the rest of his work at http://www.threestarscycles.com 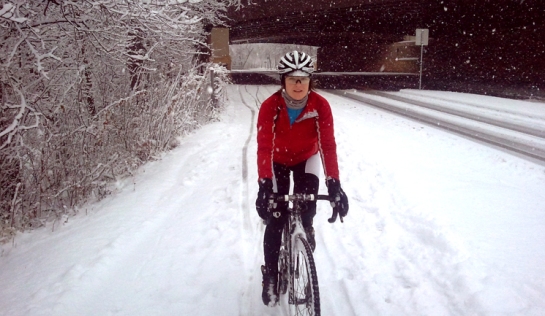 This is an obligatory post about making plans with a riding buddy to force yourself up in the morning when the alcohol you had last night is trying it’s best to keep you in bed.

This is an obligatory post that brings up tire pressure. Questioning it. Testing it. Just letting the damn stuff out of the tire and pressing your palm against it until you can almost hit that rim. There. That’ll do.

This is an obligatory post which considers Serendipity and where it applies to the creation of a Ride’s members. Sometimes the person you did not think to invite was just the person you should have.

This is an obligatory post about riding in that first big snow in Minnesota. Feeling it out again. Testing your limits again. Falling again. Watching as your bicycle becomes a collector of the heavy, wet flakes.

This is an obligatory post about that place with the really great breakfast burrito that you forgot about. And then found again. And then ate again. You know, that one. The really good one.

Nothing of worth here. 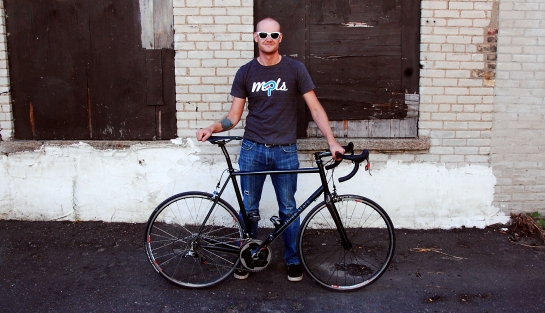 ‘I turn my attention to the workbench and talk with Josh about my own bike he’s building up, which now sits in a vice. He sits down, plays a bit with the knobs on the gas tanks and lights the torch. Flipping his glasses down, he places a small ring of metal on the top of the headtube and begins to braze it on. The light is intense, but he’s provided goggles so I can see the brilliant light do it’s work – it’s something else to see metal melting, becoming a part of the larger frame. Just like that, it’s done, and Josh is back to filing down the excess.

A skilled hand at work, indeed.

“I take things apart more than I put them together. It’s something I didn’t expect coming into this.”

As he works away at the newly added-to headtube, Josh mentions this off hand. Just as before, it’s something I didn’t expect to hear, but it’s true. The image of the silent Craftsman working away to create a thing of beauty has been largely washed away – it’s a much louder art than I expected. He eyes his work like many other artists I’ve met; with a healthy dose of skepticism. Doubting one’s own ability might be just as important as confidence; you’re always your worst critic.’

If you remember, I wrote a piece about local kit producer, Podiumwear. They’ve been nothing but supportive of the Musette and our events, even producing the lovely KOM jerseys that we handed out at the first Pleasant Street KOM. Well, now I get to do something for them. Once a month, I’ll be writing a piece highlighting one of their illustrious clients, which will be featured on their site under the ‘Case Study’ moniker. The first two are up, with Three Stars Cycles finishing up this next week. Go on over and give their logo a click, they’re good people.

And speaking of Three Stars, Mr. Kruck’s been up to some awfully rad stuff. We’ll have more about his frames up on the Musette, and maybe give ya’ll a peek at the first Musette X Three Stars frameset. I know I’m stoked.

Okay, that’s your Monday Post. Now go on out there and get acclimated to Winter. We’ve got a long season ahead of us.

Walking up the banking is never something I’ve enjoyed. I usually slip. This time is no different, and I take a little moment to get my footing again.

Looking up to the crowd while I clip in my right, then looking down to make sure I’ve got the right footing. I balance and loosen my grip on the Rail. I love this thing, so smooth. So consistent. I could sit up there and steep in the nerves for days. But all good things must end, and soon enough the Official walks up and tells us how it is. He emphasizes looking over your shoulder while passing. I make note he didn’t tell the Cat 1/2/3’s this.

The whistle goes and we make our way down. I snap down quick, playing on the fears of the first time or nearly first time racers. Doesn’t matter where you line up, just have the balls to take the position you need. I’ll admit, I didn’t always feel this flippant about starting from the Rail.

12 Lap Point-A-Lap means position is everything. There isn’t time to let things ‘Shake Out’. I like these type of races the most. Visceral, I think, might be the term.

I look forward and all I see is clear boards, clear sky. I don’t hear anything except that gunshot as my front wheel passes over the white and black. A million electrical signals are released as my ass moves a centimeter off my saddle. Every muscle in my leg tightens. My heart beats just one last time, forcing as much oxygenated blood down, down into the legs who aren’t even aware yet. My pupils start to dilate, my knuckles turn white.

And if it’s a good night – a smile comes to my face.

The buckle is frozen. The God Dammed thing won’t release the ratchet and I can’t get my foot out of the frozen brick that was a Brontrager RL MTB shoe. It takes a good five minutes with a hair dryer to get it unstuck. It snaps free and I release my foot from it’s icy grasp. The wool socks come off with a wet ‘Sloptttt’ as I throw them to the floor, sand falling and snapping as it hits the linoleum tile below. I towel off and get some dry clothes on – too cold for a shower just yet.

I forgot how bad it can get. How fast it goes from painful to dangerous. That said, this might be my one wardrobe mistake of the season. It doesn’t take much to get the message – Winter is here. It’s in the ice that developed on the frame and handlebars. It’s in the sharp, painful balls of ‘rain’ falling from the sky. Here is where the choice is made – the Trainer or the sharply deteriorating Outdoors. I’m lucky enough to know two who will brave the rest of the Winter outside, the Trainer being a necessary evil that I’ve locked away for an hour each week on Thursday nights.

And there’s beauty to be had. Perhaps not readily apparent beauty, but it is there. A Dura Ace 7800 gruppo (an easy winner for my favorite of all time) on a ‘B’ bike. It slowly degenerates with the weather, until the gear he’s chosen is the gear he’s in for the long haul. A mixture of Ice and Grit covering every available surface, the looks and ease-of-use which made it such a desirable product have been stripped away. What once bike-nerds freeze framed photos of in the Tour, wondering about the new shiny parts adorning their Gods; is now nothing more than a glorified ice-tray. It’s good to see it used like this. It takes away from concentrating on the fact I can’t feel my toes.

Probably time for some new shoes, I think.

Error: Twitter did not respond. Please wait a few minutes and refresh this page. 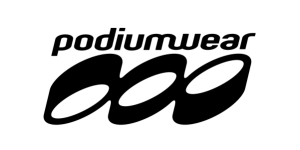