When Megan first posted up about ENDTombed (Extreme North Dakota… Tombed) it caught my eye right away. I was not the intended recipient, but upon inquiry she let me know that it wasn’t just a collegiate race as I had thought. A twelve hour MTB race in Grand Forks on Halloween; sounds great!

I began to badger whoever I could to come with. I insisted that we have a meeting to go over transportation and lodging. I nagged people with every question that went through my mind. I’m not usually like this, but due to injury and a lack of a ‘race season’ I found myself anxious to see this through. It was my saving grace; my proof that 2011 wasn’t a waste.

It was a little bit of a disaster.

Cupcake (Brian Duncan, a fellow member of TEAM HOTBUZZ and golf enthusiast) picked me up a little later on Friday than anticipated. We immediately hit traffic and spent a good half an hour within a ten foot section on 94. Turning around and forgetting the whole weekend was discussed. I insisted that we keep going as Gabe, Megan, Nicole and Ben would be waiting for us up there and our race entry was nonrefundable. Closing down a KFC in Fargo would prove to be a highlight of the trip.

For one reason or another, we thought camping would be a great idea. Fumbling around with tents at midnight with lights between our teeth and below freezing temperatures ended up disproving this concept. We went to sleep cold and exhausted, an early start awaiting us the next morning. 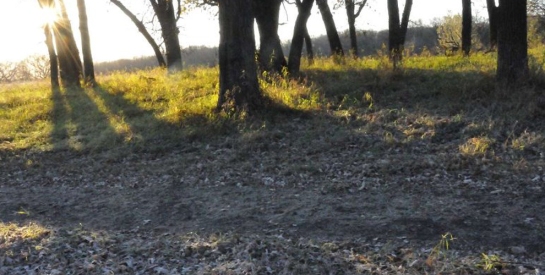 We awoke to frost over everything. I wondered how nice and warm my bed was at home. He with the least amount of frost on his bike goes first, and with that Ben and Gabe were off. Free coffee would prove to put a smile on my face, and I spent most of the morning fumbling in the cold trying to get the camera set up for low-light morning shots. Gabe did his two and handed off the number to Cupcake quickly so that he may head in and warm up. Cupcake would proceed to rock it and get three laps in just before my start. I headed out eager to prove myself against the clock. I made it just about half of the way before I finally bit the dust. I swear I cleared that tree, so it must have grabbed my handlebar. I kept on going and ran into my new friend and Grand Forks local, David Sears. I yelled out that his dirt tasted like ass. He grinned back and laughed.

The race wound it’s way down. Light left the sky and hid in the lamps that were now attached to handlebars and helmets. I thought I’d get one more final lap in, but with Gabe ready to go for it and the difficulty of changing the number he just went out and rocked it. Beers were opened and whiskey was poured. It was finally over.

Megan, Ben and Nicole did awesome and got 2nd place in the Co-Ed team category. Headed back to the campsite we crawled into our sleeping bags with little discussion or griping about the cold. Accomplished, but sore, it was time for some rest.

We awoke and slowly got everything ready to go. Cupcake and I managed to get ready first, but when putting the tent back into it’s stuff sack Megan came out and groggily stated that it was me that brought us to this horrible place. Without my enthusiasm she’d be in her bed, lounging about and not in god forsaken Grand Forks trying to race MTB. My enthusiasm hurt people, she said.

I managed to get what I wanted out of the race, a second chance, and I think they did as well. I don’t think she was being serious in any real way, but I realized that if someone is pushing you to do something, you’re probably more likely to do it. I plan on exercising my enthusiasm for bikes quite a bit more this year, but I hope it doesn’t hurt you. I hope it helps you attempt things you didn’t think you could, and finish things you never dreamed of.

And let’s be honest, when have you really regretted riding/racing your bike? Even when it was a disaster?

Error: Twitter did not respond. Please wait a few minutes and refresh this page.